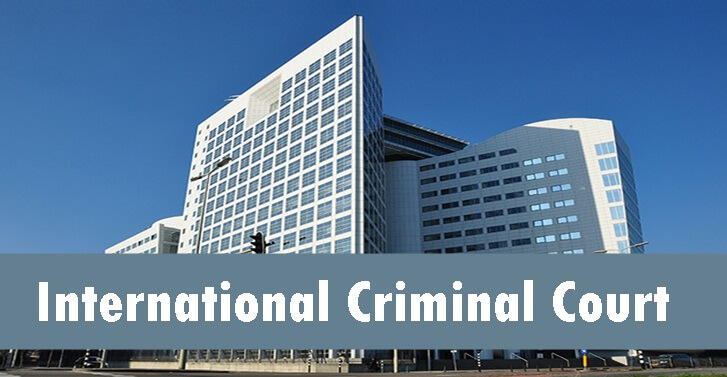 The International Criminal Court brings people to trial who perpetrate huge-scale political crimes â carnage, violations against humanity and war crimes. Building on the UN's special tribunals and on new legal points of universal jurisdiction, the ICC takes a significant step towards global accountability for all, as well as political and military leaders.

Since it's establishment in 2002, the Court has created smart laws inÂ fighting impunity and holding the perpetrators of the gravest crimes accountable. The Court, however, faces several tough challenges, notably in relevance to the cooperation of states and its independence. The US, for example, continues to be not a member of the ICC and also the Court has faced fierce US opposition.

After a hard battle by Non-Governmental Organizations and supporting governments, a majority of nations signed the Rome Statute in July 1998, officially establishing the International Criminal Court. It took many years for nations to approve the Statute, and for officials to work out the coordination of the Court's activities. The ICC came into power in 2004, when the ICC started researching its first case.

Until this point in time, the Court has just formally investigated cases in the southern half of the world nations, prompting concern that the International Criminal Court will unexpectedly advance into a court that exclusively punishes dictators from poor countries. Regardless, the cases at the present are under the steady gaze of the Court will be powerful in moulding the ICC as a major body of international justice.

Are You Searching For Legal Blogs...??

Get It From Our Android App!!!

The Security Council has the power under the ICC's Rome Statute to allude cases to the Court that would somehow or another not fall under its jurisdiction and to demand the Court to concede investigating a case. As the ICC appeared in 2002, the United States found a way to undermine it, whining that the new court would expose US nationals to politically-motivated international justice. The Bush organization demanded that the Security Council adopt an omnibus goal exempting all UN peacekeepers from the jurisdiction of the Court or, at any rate, that each new renewal of peacekeeping activities would include an exception provision. Under the risk of a US veto of all UN peacekeeping missions, the Security Council adopted Resolution 1422 in July 2002, giving Washington a year cover insusceptibility from the ICC. The US again utilized its veto control and effectively renewed its immunity arrangement a year later. Be that as it may, with far-reaching outrage over US treatment of detainees in Iraq and Guantanamo Bay, Washington was unfit to gather support for further exception agreements in 2004. From that point forward, the US has not transparently campaigned for any yearly arrangements, yet made its position clear by routinely putting its opposition on the motivation and looking for ad-hoc immunity. The US loosened up its opposition to the Court somewhat in 2005 by retention its veto and supporting the Security's Council's referral to the ICC of the circumstance in Darfur. This help has proceeded under the Obama administration, which has adopted an increasingly agreeable strategy towards the ICC. US unilateralism under the Bush administration incited solid opposition from most different countries. Security Council individuals hold that the Council should not be utilized to abrogate universal treaties and they expressed shock when the US took steps to wreck UN peacekeeping missions so as to exhibit its protests to the Court. The Obama administration still pushes for a noticeable role for the Security Council concerning ICC investigations. Such strength of the Security Council overÂ the ICC threatens the Court's legitimacy as an independent institution.