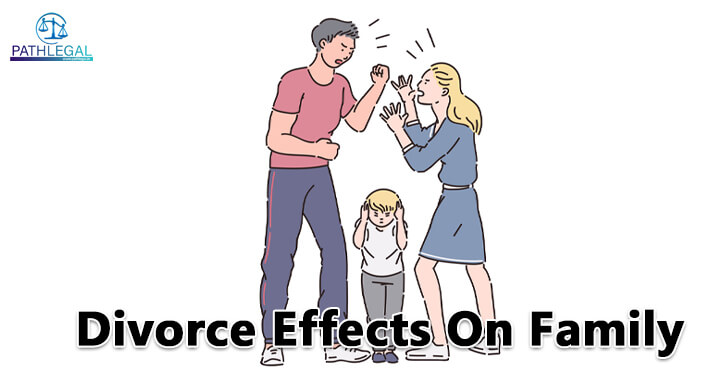 When a divorce happens, not only will it affect the spouses but if they have a child then the child too is affected. The effect on the child can be emotional as well. Mostly, children would not understand what is happening and what they see is that their parents are living separately. It is also necessary to mention that the parents after getting divorced, also go through hard times in many aspects. In short, it can be said that divorce affects a family.

Effect Of Divorce On Parents Of The Child

The childâs parents go through aÂ difficult time. They go through a lot of stress, strain and financial struggle. It is quite hard coping with the effects after divorce. But, on the other hand, it is better to get divorced than staying in an unhappy marriage. An unhappy marriage can only increase the strain more on both spouses.

After divorce, the mother will have increased parental role, find a new job, stress and have financial difficulty. A father, on the other hand, would have job difficulties, shortage of finance, stress. It is not easy to describe what the divorced parents go through as the extent of the effects are different and only the person who goes through this situation can have an idea of how divorce really affects.

Effect Of Divorce On Child

Children may or may not be able to understand as to why would their parents live apart and they have numerous questions regarding this. But as time passes, they come to an understanding. Both girls and boys go through the effects of divorce of their parents but it varies. Girls tend to keep unhappiness, stress within themselves and that can affect their food consumption as well as their sleep.

In the case of boys, they tend to vent it out on children of their age group or on in some other way. But children mostly tend to cope with it eventually but some may not be able to adjust. But if the parents still communicate with each other and work along even after divorce, then children can cope with the effects of divorce better and feel secure.

With the support, encouragement of the parents and effective communication between them can help children adjust to the effects of divorce.