Crazy Laws Around The World. 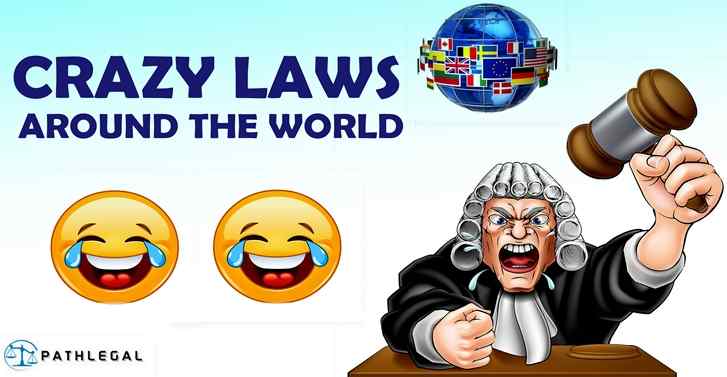 Crazy Laws Around The World.

Have you ever thought of the worldâs craziest laws? Every country and its law are different but sometimes these laws seem ridiculous or seem to the point of the countyâs cultural value. Below you can see a list of those laws:

1. It is illegal to chew gum in Singapore.

"Putting chewing gum on our subway train doors so they don't open, and the tendency to stick the remaining part of the gum in public places made the government ban gums.

2. It's Illegal to Run Out of Gas on the German Autobahn

The reason why it is illegal is that stopping on the highway due to insufficient petrol can be avoided and is a human error and therefore punishable. The driver should be aware of before he starts to drive.

3. It's Illegal to Feed Pigeons in Venice

The authorities claim that pigeons are eating away at the cityâs marble statues and buildings by pecking at small gaps in the facades to reach for scraps of food that were blown inside.

4. Registering as Married at a Hotel in North Carolina Makes It So.

If an unmarried man and women checked into a hotel in North Carolina and register as married couples then the law states that the two are now married. So unless you donât want to get married donât go.

5. It is Illegal to Fly a Kite in Victoria, Australia

6. It is illegal to frown in Milan, Italy

Unless visiting your dear ones in the hospital or at a funeral citizens are not allowed to frown.

7. It is illegal to flush the toilet after 10 pm in Switzerland

To reduce noise pollution during the night Switzerland banned flushing of the toilet after 10 pm in the apartment.

8. Illegal of having your chickens cross the road in Georgia

The owners should have control of their chickens all the time so in Georgia, if a chicken crosses the road it is illegal.

9. It is illegal to name your baby something stupid in Denmark.

In Denmark, parents can only choose names for their baby from the list of 33,000 government-approved names

It is inappropriate for children to wear or have anything related to Winnie-the-Pooh cartoon character because the character is considered inappropriate.